The Grenfell Memorial Community Mosaic is in art project that has brought hundreds of local people together to make large-scale public mosaics.

Co-created by different community, resident, faith and school groups along with individual participants under the guidance of mosaic artists Emily Fuller and Tomomi Yoshida, the project has enabled people to connect and to memorialise the Grenfell Tower tragedy. The programme was initiated in 2018 by ACAVA in partnership with Al Manaar Muslim Cultural Heritage Centre.

The first two artworks Bloom and Bloom II are installed on the hoarding of Grenfell Tower. Walking as One is the culmination of the four-year initiative and sees 39 mosaics permanently installed in the streets to create pavement way-markers along the route of the Grenfell Silent Walk.

“The Grenfell Memorial Community Mosaic initiative has enabled our community to come together in solidarity, and four years later, we are still noticing the positive impact that contributing to the artwork has had on participants. Memorialising the tragedy in this way has drawn local people together, creating a safe space for those that may not have otherwise connected. We’re incredibly proud to have overseen this special project and hope the hand-crafted mosaics, which have been made with love and remembrance, have a lasting resonance in our community.

“The ACAVA Shoots photographers have documented the entire span of the programme, and this will be the first time that their powerful images will be displayed. As we commemorate the five-year anniversary and the end of this initiative, we hope that visitors will join us in celebrating the achievements across the four years of workshops and of the young photographers who have documented it.”

“The mosaic remains a labour of love that pays homage to the lives tragically lost whilst preserving their memory and providing a creative outlet for the community to heal. The contributions towards the mosaic have been a community-wide endeavour; it has afforded the community opportunities to laugh, cry, to be still and reflect. The Grenfell Memorial Community Mosaic is a legacy project, created for the community, by the community and with the community.”

“It’s been such a privilege to be part of the Grenfell Memorial Mosaic journey and to work with this wonderful community. So many mosaic pieces and so many hands coming together to create this tribute to all those who died and were affected by the fire. We celebrate the diverse languages that were spoken in the tower but will never forget the 72 who died. We are still on that path to justice.”

“We walked the Silent Walk from the beginning, to mark it in this way is a privilege”

The final artwork, Walking as One, comprises 39 mosaics embedded in paving stones and installed along local streets, creating pavement way-markers along the route of the Grenfell Silent Walk.

The circular mosaics include the green heart synonymous with Grenfell and 72 gold flecks for each life lost in the fire. 35 of the artworks feature the word ‘Justice’ representing the different languages spoken by people living in the tower. The final three mosaics quote “Forever in our hearts”. The artwork concludes with a special stone featuring the leaf motifs used in the mosaic artworks ‘Bloom’ and ‘Bloom II’ created earlier in the project and installed on the hoarding around Grenfell Tower.

This communal artwork marks the fifth anniversary of the Grenfell Tower fire on 14 June 2022 and aims to commemorate and help memorialise the tragedy by documenting the Silent Walk and its significance to local and wider communities and the history of North Kensington.

With thanks to all the contributors who took part in Walking as One:

Walking as One: the map

We commissioned illustrator Peter Morey to create a map of Walking as One, along the route of the Silent Walk. You can view the map below.

Would you like to print this map at home?

In the first three years of the project, two large-scale art works were created by the community, Bloom and Bloom II, which are installed on the Grenfell Tower hoardings.

The first piece of the project to be created was the centrepiece of the mosaic, encompassing 12 evergreen interlocking hearts, symbolising the interconnectedness of the North Kensington community. It was unveiled on 14 June 2019 to mark the one-year memorial since the Grenfell Tower fire and was created during open sessions that the whole community could attend.

To mark the second anniversary of the fire 12 petals were added to the large-scale floral installation, one added per month through the year. 12 groups created a petal, each featuring a word chosen by them that resonated with the tragedy.

With thanks to everyone that took part in the creation of Bloom:

Over a two-year period, the second phase saw a series of mosaic leaves, created by North Kensington community groups, tenants and residents associations, and schools – adding to the existing artwork on the 14th of each month, from September 2019.

The design of the leaves took inspiration from local participants as well as foliage from trees close to Grenfell Tower. The 24 leaves feature 72 gold flecks, paying tribute to the lives sadly lost in the fire.

The last four mosaic pieces of Bloom II were installed in June 2021, in time for the fourth anniversary of the fire. They were created by school communities from Barlby, Bevington and Oxford Gardens primaries, and bereaved and survivor families from Grenfell United, with support from artists Emily Fuller and Tomomi Yoshida.

With thanks to everyone that took part in the creation of Bloom II:

We have a 20-year history of collaborating with local communities in North Kensington, creating meaningful experiences with positive outcomes on wellbeing, personal growth, and social cohesion.

Our work aims to inspire people to participate in the arts, promote confidence and learn new skills.

We were recently shortlisted for the Award for Civic Arts Organisations (2022) by the Calouste Gulbenkian Foundation and King’s College London for this work.

ACAVA is proud to be working with the K&C Foundation through their Grenfell Community Development Fund. For regular updates about the project please follow: @Almanaar/mchc and @ACAVANorthKen

Al Manaar is a vibrant and welcoming community hub and resource that encourages and promotes a sense of belonging, unity and pride for both Muslims and the wider community. Their mission is to serve, educate, empower and inspire people to play an active and positive role in building cohesive and sustainable communities at a spiritual, social, economic and cultural level.

The Silent Walk began shortly after the tragic Grenfell fire tower on the 14 June 2017. It was an idea conceived by Zeyad Cred, a local resident, who became increasingly aware that the local community was in need of a safe and peaceful form of protest. On the 14th of every month, bereaved family members, survivors, residents and the wider community gathered to demonstrate their solidarity and commitment to seek justice. The power of collective silent protest quickly galvanised the local community and it soon became a regular fixture. The walk featured a 72 second silence to remember each life lost and a collective chant for justice. The power of symbolism of the Walk helped to increase the number of participants month after month, culminating in thousands of participants who protested on the first anniversary of the Grenfell Tower fire.

“In the midst of all the chaos it was one of the most beautiful things I have ever seen. The area was flooded for weeks, reporters, camera crews and the 30-minute walk of pure silence was the first time in weeks I felt like I could think.” Zeyad Cred

Piece Together: Documenting Grenfell Memorial Community Mosaic is an exhibition showcasing the images taken by ACAVA’s young and emerging photographers’ group, ACAVA Shoots. The photographs chart the creation of the Grenfell Memorial Community Mosaic public artworks, alongside photographs of the community since the tragedy. The exhibition runs from 10 – 30 June at Maxilla Walk Studios in North Kensington with a special opening on 14 June to mark the anniversary, providing a quiet space for local people to reflect and view the photographs. It then opens at The Photographer’s Gallery from 8 – 10 July. The ACAVA Shoots programme supports emerging photographers from North Kensington to develop their professional practice and portfolios, through mentoring and paid assignments.

Supported by The Grenfell Foundation and Section 106 Planning Contributions 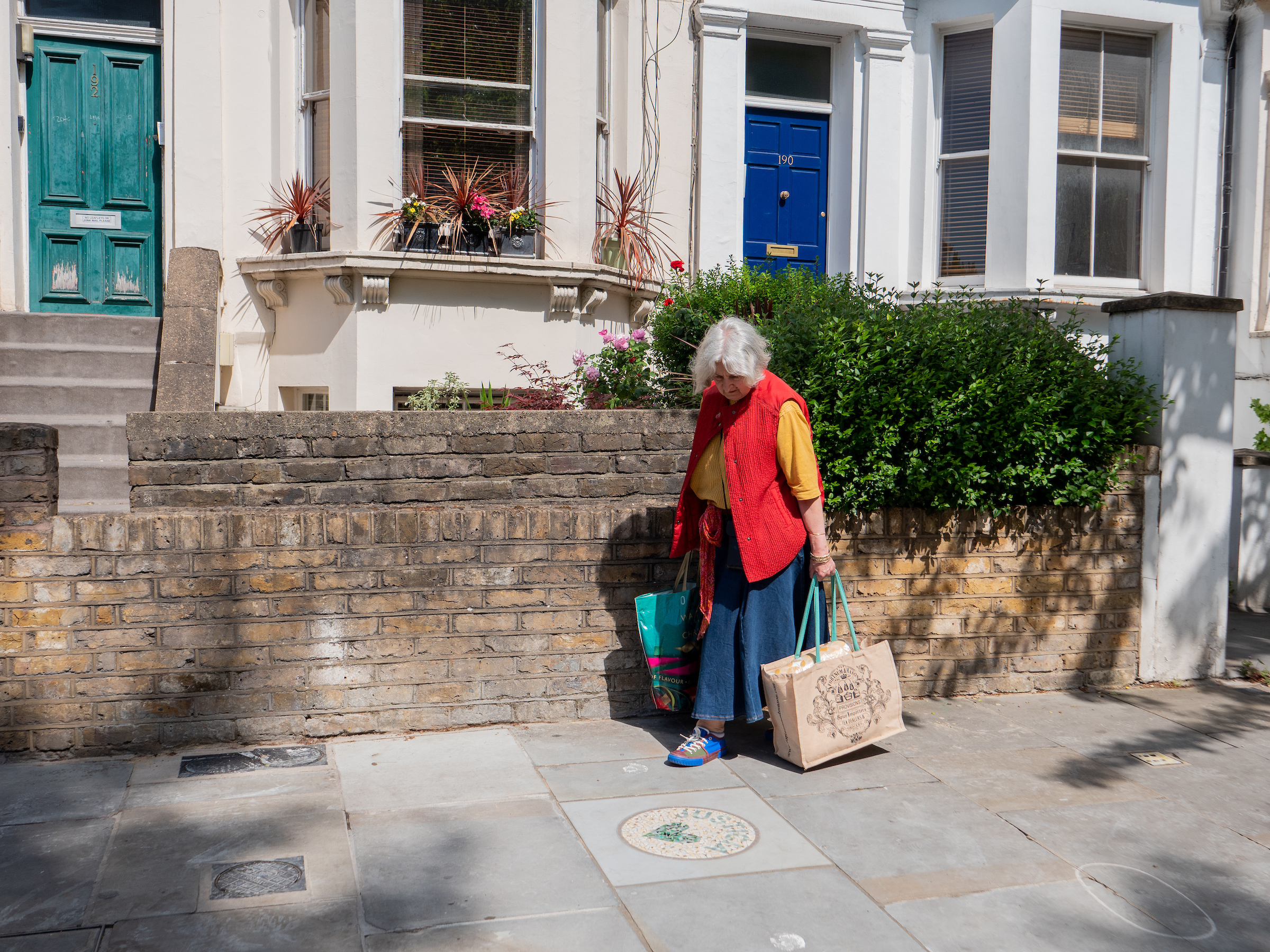 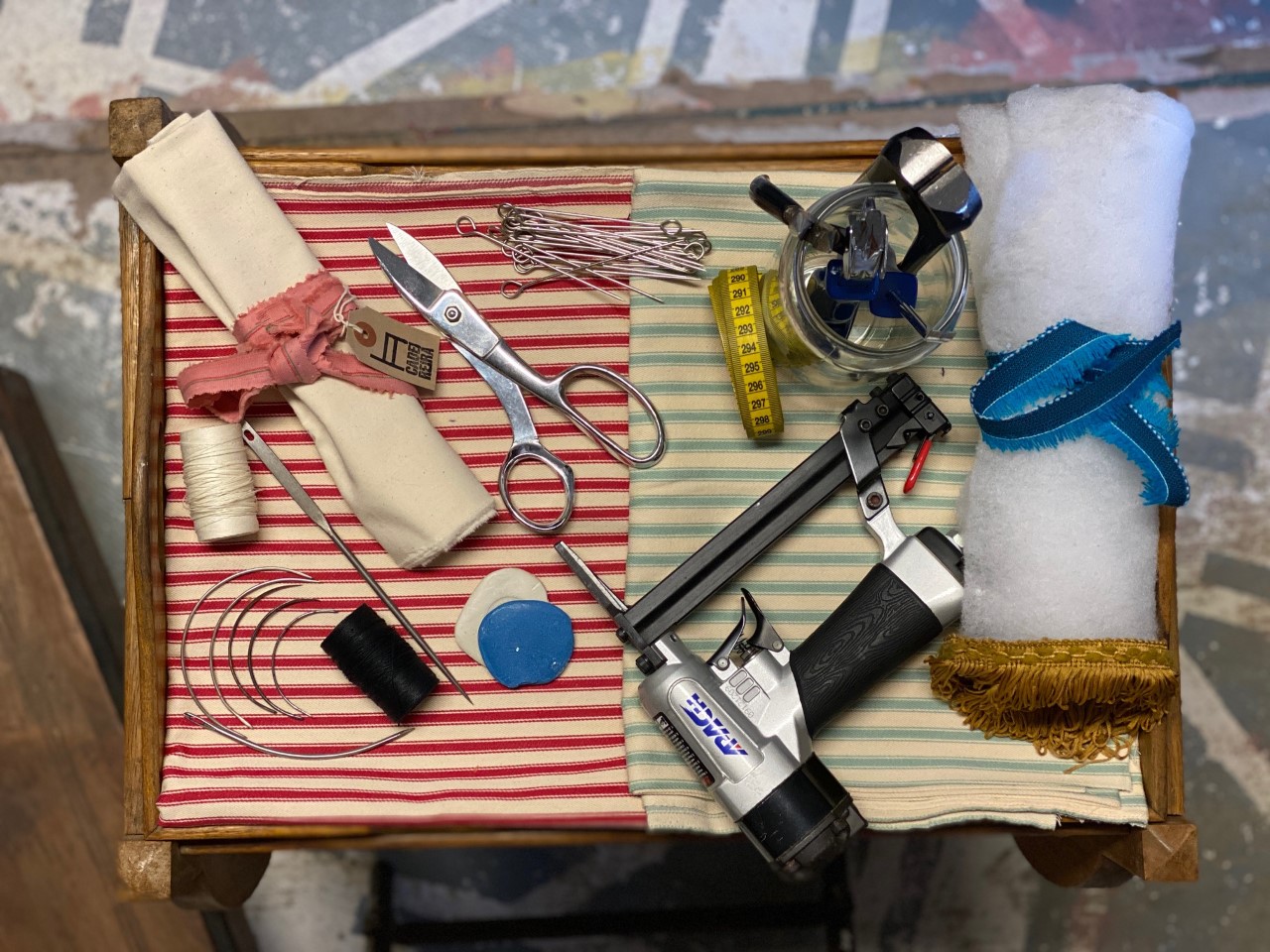